A Bradford-based business group is aiming for further growth with the help of award-winning tourism boss Sir Gary Verity.

The boss of regional tourism body Welcome to Yorkshire, who was knighted for his efforts in securing the Tour de France Grand Depart for Yorkshire in 2014, has signed up as the latest patron of the Yorkshire Enterprise Network. 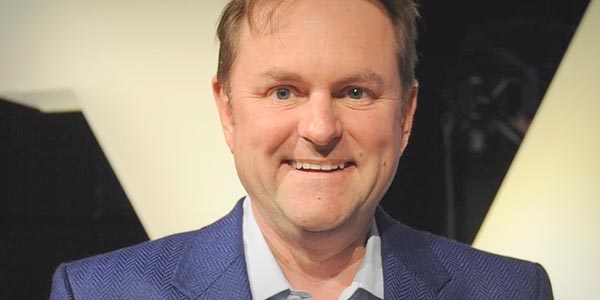 YEN, which holds regular event in association with the Telegraph & Argus, including its latest gathering at the Grosvenor Casino, Bradford, has developed into one of the county’s biggest business networking organisations. The organisation, which is run by Malik House Business Centres in Bradford and Leeds, was also behind the successful Bradford Business Conference at Bradford College in November which attracted more than 800 delegates.

YEN patrons help to promote the benefits of the Yorkshire region and the region’s services, products and services. They are drawn from both the public and private sector and share their high-level experience, skills, knowledge and contacts to further and support Yorkshire business.

Sir Gary Verity, who began his business career in Bradford, joined Welcome to Yorkshire as chief executive in 2008.Since then, he and his team have successfully raised the county’s profile at national and international level, helping to attract more than 200 million visitors a year, worth around £7 billion to Yorkshire’s economy.

He was named Yorkshire’s Man of the Year in 2014 and the regional Institute of Directors’ Director of the Year 2014, picking up the institute’s Lifetime Achievement award. He also holds honorary doctorates from the universities of York and Sheffield Hallam.

Sheraz Malik, Yorkshire Enterprise Network director, said: “We are very proud to announce that Sir Gary Verity has joined us as a patron. There is no doubt he is one of the most dynamic and motivational leaders the county has right now. He has played a massive role in enhancing Yorkshire’s standing as a national and international destination, giving a massive boost to local businesses.

“Our YEN Patrons play an incredibly important role throughout the region as they actively support, champion and gain coverage for the positive work that we and our members do on a daily basis. Their names, contacts, presence and media attention add significant weight to our regional and national lobbying activities, helping to promote Yorkshire’s business interests across various platforms.”

Sir Gary Verity said: “I am delighted to become a Yorkshire Enterprise Network patron and look forward to supporting their work promoting Yorkshire’s growth and encouraging collaboration between businesses. Together we will continue to raise the profile of this fantastic county.”